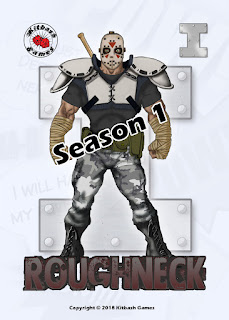 Roughneck is a self-appointed protector of the streets - frequently out of his depth, more than once he has been all too easily manipulated by villains.

Mike Ruiz was a mechanic working the family auto-shop he inherited, just trying to get by. Thinking only of honoring his parents, Mike refused to pay protection money to the local mob, sparking a tragic course of events. One night as he locked up, he was attacked by three men. A skilled fighter, he surprised them with his ferocity and put two in the hospital. The next night more mobsters came, this time with a low-rent super-crook named Smash. Mike had prepared, and boob-trapped the auto-shop and yard. As mobsters were injured by his ambush, Smash tore into Mike with pulverizing fists. Mike was broken that night, the criminals leaving him for dead even as they torched the auto-shop.

The beating Mike took changed him, triggering a strong sense of right or wrong that was only compromised by often violent and erratic behavior. His physical recovery surprised the clinicians who worked with him, as determination pushed Mike to train himself to his limit and beyond. All through his rehabilitation a plan formed in Mike's mind, that he would become a heroic protector of the streets against villains like Smash. He fashioned the equipment he needed, making his own body armor and a reinforced baseball bat. Taking to the streets, Roughneck was born.
at October 05, 2018 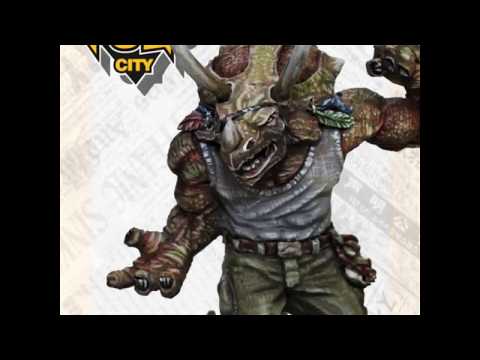